Annemarie Powell Is Colin Powell’s daughter: What We Know About Her 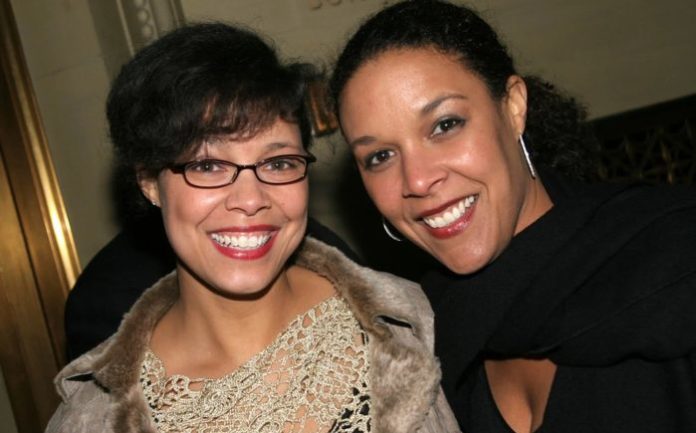 Annemarie Powell is known to many people for different things. Career-wise, she is a media personality. However, she is better known in the political scenes as the daughter of Colin Powell, who was one of America’s most known politicians before his death in 2021.

For years, Annemarie has been able to build a name and niche for herself, but she still finds herself somewhere in the shadows of her father. That said, here is all to know about her.

It was on the 7th of August 1971 that Annmarie Powell was born to her parents, Colin Powell and Ama Powell in the United States. while her father, being a well recognized and celebrated 4-star general in the American Army who rose to later become the first African American Secretary of State under President George W. Bush, needs to introduction, her mother is an audiologist.

Annmarie was brought up together with her two siblings, Linda Powell and Michael Powell. Marie is the youngest of the three with the oldest being Michael who was born in 1963 and then Linda, born in 1966. Michael Powell has a career as an attorney while Linda is a famous actress.

A Look At Her Educational Pursuits And Career

As regards the educational pursuits of Annemarie Powell who is often referred to as Anne Marie, not so much is known in that department. This is mostly so because she is the least known member of her family.

Although many have often referred to her as a gardener, she is not. She is often mistaken with the Gold-medal winning garden designer by a similar name, Ann-Marie Powell. While the former is of African American ethnicity, the gardener is white.

As against the belief of many, Annemarie has a career in the entertainment industry as a film producer just like her older sister. Her career is noted to have started in full gears in 1997 when she was an associate producer of the TV special, Walt Disney World’s 25th Anniversary Party. In 1998 and 1999, she was a part of the TV movie, Soaps’ Most Unforgettable Love Stories and documentary, Opening the Lost Tomb: Live from Egypt respectively as an associate producer in both works.

Her other involvement includes in the following works:

Annemarie Powell Is A Married Woman

Anne Marie Powell has since started her family. It was reported in 2011 that she got married five years earlier and that her union was blessed with two kids, Abigail and Patrick. Abigail is the older of the two. That said, there has been no mention of who her husband might be.

Colin Powell once revealed that his daughter is an excellent mother to his two grandchildren. According to him, Anne has never been afraid of trying new things in raising her kids, but she is doing a great job.

She Enjoyed A Great Relationship With Her Father

Anne has always had a great relationship with her father, although they did not share so much time together when she was growing up as a result of the nature of his job. Before her birth, her father fought in Vietnam, and thankfully, the war ended before she was born. However, shortly after she came, he went to Korea where he spent a year.

Powell revealed that although he missed several years in the lives of his children, not many people could tell because of the strong relationship that exists between them.

Annemarie Lost Her Father To Covid-19

Her father, Colin Luther Powell lost his life on 18 October 2021 following complications of Covid-19. Powell was born into a family of immigrants on April 5, 1937, in New york. He grew up to join the US armed forces, rising to the rank of a four-star general.

Among his most notable achievements apart from his place in the US Army is that the statesman was the first African American Secretary of State. He lost his life at the age of 84.