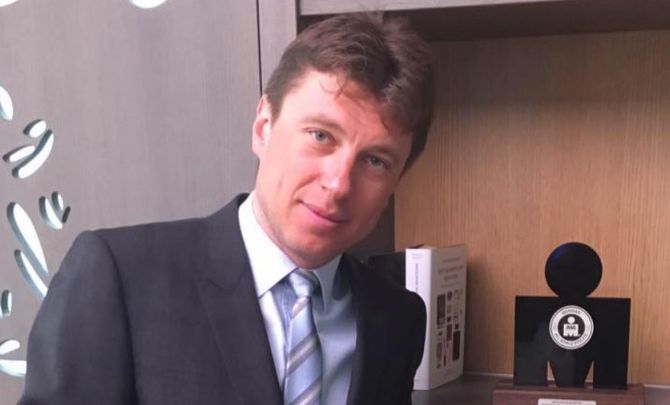 In 2014, the marriage between Vladimir Putin and Lyudmila Aleksandrovna Ocheretnaya formally came to an end in divorce, after being married for 30 years. A year later, Lyudmila got married to Artur Ocheretny, a man 20 years younger than her. Contrary to the views of many that the marriage between the ex-wife of Putin. And her toy boy might not last Probably because. Of the influence of the Russian dictator. The pair has remained together for more than six years now.

A businessman and director of a nonprofit organization, Artur has been described As a multi-millionaire whose personal life and businesses have all remained rather mysterious.

1. He married his wife after her marriage to Riddhima. Putin came to an end

Right from the 2000s, it was clear that the marriage between Vladimir and his ex-wife was heading for the rocks as they were hardly seen together. By 2013, there were indications that they had been separated, and then in 2014, they made a statement announcing their divorce. The reason behind the divorce was claimed to be the nature of Putin’s work, which made him pretty much unavailable for his wife and also the unwanted publicity that her role as the First Lady of Russia placed on her.

The very next year, it became clear that she had moved on with Artur in a very quiet marriage. People got to know they were married after the former first lady changed her name to Ocheretny. Speculations before the marriage were that she had retired to an Orthodox Church nunnery.

Even with the huge age difference between them, it was believed that before they got married they had been friends for a while. Some reports claimed they might have known each other since around 2003 and 2008. Unsurprisingly, Vladimir did not release any statement about the marriage of his ex-wife.

2. Ocheretny it’s more than the just the man who married Putin’s ex wife.

Even though it is as the husband of Lyudmila that Artur has come to be known, he is much more than that. The 42 years old previously worked with a company called Art Show Centre. It was while he was with this event center that it was believed, he met his future wife.

In addition to that, he currently works in Moscow as the head of the Centre For Interpersonal Communications and Literature Education publishing house. Both firms were linked to the former Russian First Lady.

Rightly described as the toy boy of the former Russian first lady, Artur is 20 years old, younger than his wife. He is also 26 years younger than her former husband, Vladimir Putin. At the time of their marriage, he was 37 years old, while Putina was 58.

4. Artur is currently living a luxurious life with his wife

Although Artur has managed to maintain a private life, it is known that he lives between France and Russia with his wife.

In the wake of the Russian invasion of Ukraine and the backlash against Russian oligarchs by world leaders and citizens of different countries, their home in Anglet, south-west France was painted with the UKranian Flag and the inscription, ‘F**k’ and ‘F**k Poutine’

5. Lyudmila and Artur Ocheretny do not have any kids together

More than seven years after their marriage, Putina and Artur are yet to have a child together. Nonetheless, from her previous marriage, the former Russian first lady had two kids with Vladimir. Considering the fact that she is currently 64 years old, there is no indication that she might have any kids with her new husband.

On his part, details about his past relationships are not known, but it was reported in 2016 that he had a son who at the time was ten years old. In line with many uncertain details about him, it is not known if he was married to the mother of his son.

6. What is the net worth of Artur Ocheretny?

While the exact net worth of Artur is not known, it is believed that he is a very wealthy individual who has made his money through various businesses. Artur and his wife have a combined net worth estimated at $200 million. They have many properties both in Russia and in other European countries, including France.

Among their properties is the aforementioned mini-palace in Francevalued at €7 million.

See Also: Dawni Sahanovitch Is Devon Sawa’s Wife: Every Detail About Her

7. Putin has also found himself a younger lover

Lyudmila Aleksandrovna is not the only one who has moved on after the failed marriage. Vladimri has since reportedly moved on with a new woman, Olympic gymnast Alina Kabayeva. Also a politician, Alina Kabayeva was born in 12 May 1983, which makes her more than 30 years younger than her alleged partner.

It was reported in 22015, that they had a daughter together which was later followed by twin sons who were born in 2019.