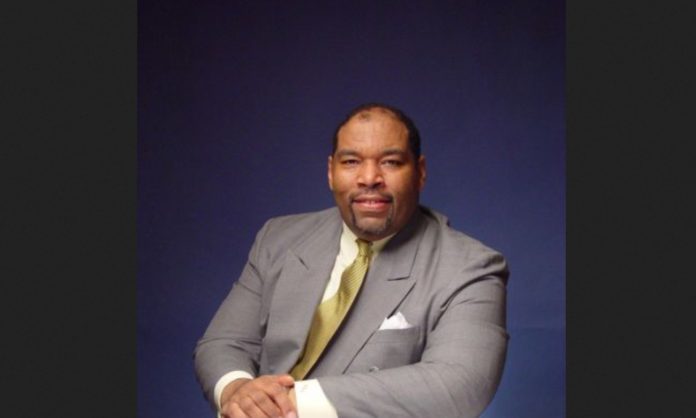 Bert Girigorie is not the most popular name you will hear on any day. In fact, you may only get to hear of him when making reference to the past of TV host, Wendy Williams. This is because Bert is Wendy Williams’ ex-husband. The pair got married in 1994 and by 1995, they decided that they had had enough of each other, leading to a divorce.

Even though his name is mostly associated with Wendy in the public domain, Bert still has a life that is not tied around his former wife.

Information relating to the birth of Bert and his childhood has not been revealed but there are speculations that he was born on March 13, 1964, in Charlotte, North Carolina, United States of America. He was brought up together with siblings including Gabrielle Girigorie and Bruce Girigorie.

As regards his education, Bert went to Morehouse College. He is reportedly a businessman who used to work in sales. He once worked as an account executive at Kiss FM.

Currently, he is behind a digital business known as G2 Marketing which he is the president of for over 2 decades. Based in Charlotte, N.C., he is a sales professional and marketing executive.

How Wendy Williams And Bert Met And Got Married

The love story between Wendy and Bert began in 1992 when they first met. At the time, he was working as an accountant with Kiss FM while she was also with a New York City radio station.

The pair dated for only two years before finally deciding to get married in 1994. There was no denying the fact that they cut out for a good couple at the time, but it came as a rude shock to many after the marriage came to an end only a few months later, and by 1995, they were already divorced.

The Real Reason Why Wendy And Her Ex Divorced

Only five months after Wendy and Bert got married, they had already started facing different challenges which ended up drowning the marriage. According to Wendy, the reason why the marriage ended was that they were not compatible.

Bert, however, gave a different reason. Speaking during an exclusive interview, he stated that the marriage ended because Wendy was using cocaine and he could no longer understand the woman he got married to.

He said right from the wedding day, he had the feeling that the marriage was not destined to last because of some actions that she began taking which he considered to be strange. For example, while he thought the whole thing was supposed to be a private affair, Wendy had a reporter and photographer ride in their limousine to the reception after the church service.

Bert made it known that the first fight he had with Wendy was on their honeymoon in Rio. After an argument, she insisted she was going to spend some time out alone but he refused, resulting in a fight. He claimed he suspected she was going out for something relating to drugs.

They Had No Kids Between Them

By the time the marriage ended less than a year after they tied the knot, Wendy and Bert did not have any child between them. Neither of them has stated anything in this regard.

It is known that Wendy has suffered a number of miscarriages in her second marriage before she finally had her only child, Kevin Jr.

What Has Life Been For Them Since The Divorce

Since their divorce, Bert Girigorie has maintained a very private life so much that nothing more is known about his love life. Hence, it is not known if he has met someone and has tied the knot again.

The story for Wendy is very different. She fell in love with Kevin Hunter and after dating for a while, they got married in 1997. The pair worked together on many projects of Wendy Williams. Their marriage was blessed with the birth of their child, Kevin Hunter Jr., in 2000.

The marriage lasted 21 years before it finally ended in divorce in 2018. The reason for the divorce, according to The Wendy Williams Show host, was the cheating ways of Kevin. She described him as a serial cheat who started cheating on her even before they got married.

She knew that his ways were not pure but she still put up with him for many years. Kevin had a side woman for many years while they were married before going on to have another child with a different woman.