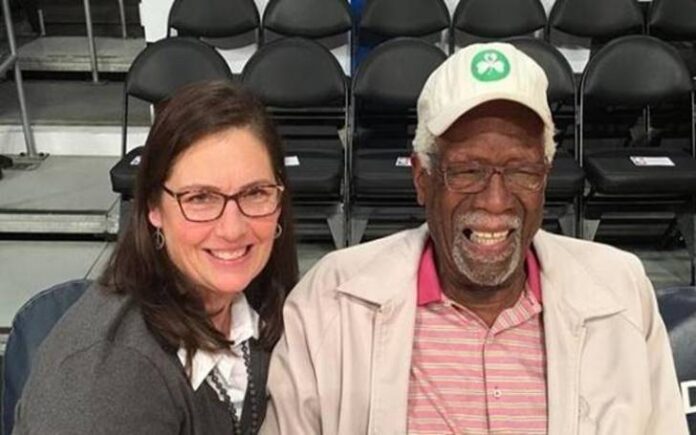 Legendary NBA star, Bill Russel died on July 31, 2022, at the age of 88. Before his demise, the civil rights activist was married four times. The first wife of Bill Russel was Rose Swisher, followed by Dorothy Anstett, and Marilyn Nault became his third wife. Jeannine Russell was the fourth and last wife of the celebrated basketballer.

Here is a look at his love life, his wives, and all the children he had.

Meet All Of Bill Russell’s Wives

The first woman to be married to Bill was Rose Swisher. The pair got married on December 9, 1956. They first met and began dating when they were still in college at the University of San Francisco.

They would remain together for 17 years before they divorced in 1973. Their divorce was said to be because they grew apart emotionally.

Four years after his first marriage ended, Bill Russell got married to Dorothy Anstett who was also known as Didi. Dorothy was a beauty pageant holder who became Miss USA in 1968. The pair got married in 1977, but the marriage only lasted four years before they divorced in 1980.

Russell and Dorothy Catherine Anstett did not have any children together.

Putting his two failed marriages behind him, Russell married his third wife, Marilyn Nault Russell on February 17th, 1996. They were said to have dated for four years before the marriage ended.

Sadly the marriage came to an end in January 2009 after Nault lost her life.

The two did not have any children in their marriage which lasted 13 years.

Jeannine Russell was his last wife

The fourth and current wife of Bill Russell was Jeannine Russell. The two were still married at the time of Bill’s death.

The circumstances under which they met and got married is still not very clear but it is known that on January 24, 2022, Russell and Jeanine renewed their wedding vows. Needless to say, they did not have any kids together.

See Also: Jill Tavelman Is One Of The 3 Wives Of Phil Collins- Marriage And Divorce

As indicated, Bill Russell’s children are Jacob Russell, Karen Russell, and William Russell Jr. They were all born to him during his marriage to his first wife, Rose Swisher.

Bill Russell Jr was the first child of the 11-time NBA champ. He was born William Felton Russell Jr. on November 2, 1957.

Also known as Buddha, he had a career as a driver and worked for Cox Trucking for a few years.

Unfortunately, Russell Jr. succumbed to cancer on January 25 2016 when he died at the age of 59.

Interestingly, he is the only child of the NBA legend to keep his life entirely away from the public domain, hence, not much is known about his private life.

Currently 63 years old, it is reported that Jacob lives in Washington State together with his wife, Sara Marckx Russell.

Karen is the youngest member of the family Karen

A graduate of Havard Law School, she works as a legal and political analyst who has appeared numerous times on some networks including CNN and MSNBC. She also works as a blogger.