Dawni Sahanovitch Is Devon Sawa’s Wife: Every Detail About Her 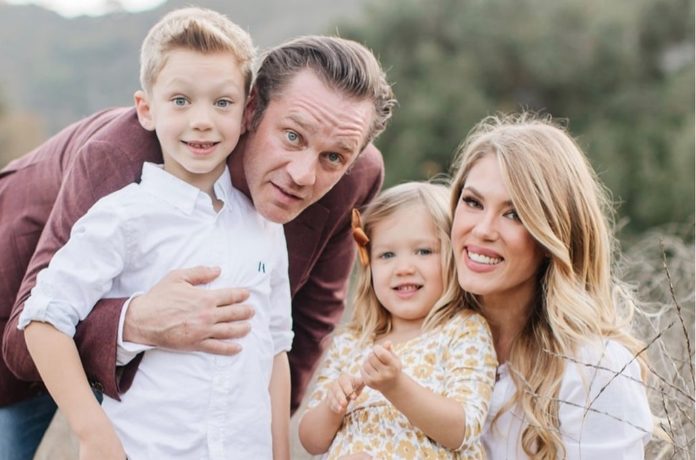 Better known as Dawni Sawa, Dawni Sahanovitch is a Canadian Interior designer and social media influencer who gained fame as the wife of actor, Devon Sawa. The two have been together for many years and their marriage has since produced 2 kids.

Even though many have come to only recognize the 43 years old as the wife of the actor, there is much other fascinating detail about her.

Facts About Dawni Sahanovitch To Know

1. It was in Canada that she was born

Although she is erroneously referred to as an American, it was in fact, in Vancouver Canada that Dawni Sahanovitch was born on November 30, 1978. Currently 43 years old, she was raised in her home country where she also started got her education and started her career.

2. The interior designer lost connection with her father for many years

Although she has not revealed so much about her childhood, she made it known that she lost connection with her father for many years due to addiction. According to her, he was addicted for many years and refused to get any help.

More so, he later languished in poverty because he was always giving. She made attempts to help him but he didn’t agree until a couple of months to his death. He died of Cancer in January 2021.

3. Dawni and Devon were together for 10 years before they married

Dawni Sawa and her husband have been married for close to a decade now. They have a very interesting love story as they dated each other for 10 years before they finally decided to spend the rest of their lives together.

The pair walked down the aisle in 2010 in a simple ceremony in Canada. She now lives in California together with her husband and kids.

4. She is a mother of two kids

The union between Dawni Sahanovitch and Devon Sawa is blessed with two adorable kids: Hudson Sawa and Scarlet Haleea Sawa. While Hudson was born on November 9, 2014, Scarlet was born on March 21, 2016.

5. She has been sober together with her husband for many years

Looking at her history and how addiction has destroyed the life of her father, Dawni and her husband decided to be sober in 2006. Since then they have remained faithful to that decision which she stated has changed their lives for the best.

After a brief career in TV, she moved to the United States in 2013, where she attended The Academy of Interior Design Los Angeles. By the time she was graduating, she was awarded her class’s “Best Designer”

After her studies, she started the Dawni Sawa Interiors which offers many services including new buildings, remodeling, custom furniture designs, and much more.

Before that, Dawni’s career path began in the TV industry when she got a job as a Coordinating Producer with different reality series. She worked with a company known as Worldwide Bag Media Inc in Vancouver from 2008 to 2010.

7. Dawni’s husband is a talented actor

Devon Sawa is an actor who does not need any introduction to many. He was born Devon Edward Sawa on September 7, 1978, in Vancouver, Canada. The older of two kids, he started his career in 1992, although it was in 1994 that he got recognized after he made his debut in Little Giants. Since then, he has come to appear in many more productions including Casper, Now and Then, Wild America, Idle Hands, and Final Destination.

He is well recognized as Stan in Eminem’s Stan which according to him, is one of his most important appearances since then. He revealed that at the time of the shooting of the music video, he knew he was surrounded by greatness as he had Eminem on set and it was Directed by Dr. Dre.

Thanks to his successful career, Devon has a net worth that is estimated at $2 million. Even though the net worth of Dawni Sawa is not known, it is believed that she also shares in the fortune of her husband.