Who Is Dina Platias? 7 Unknown Facts About Her 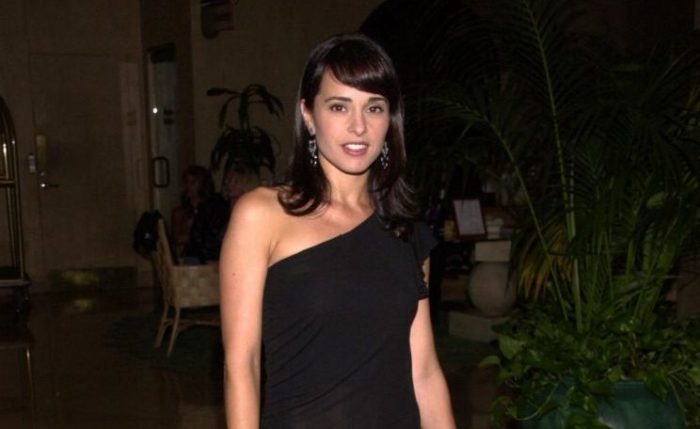 Dina Platias is a talented actress whose best period was in the 1990s and better recognized for Billy Madison. Although she made some appearances in the early 2000s, she has stayed away from the movie scene for many years. Nonetheless, there is still mentioned in the line of her acting career. Here is all that we know about her:

1. Dina Platias was born and bred in Oakland

It was on August 2, 1966, that Dina Platias was born in Oakland, California, USA. It was also there that she was brought up by her father Gust H. Platias and her mother Elaine Christopoulos Platias. Her father worked with the Marine Corps and got to serve in Korea for a couple of years.

It was also in Oakland that she got her elementary and high school education, but not so much is known about her subsequent educational pursuits.

2. She was brought up together with two siblings

Dina has done well in keeping her personal life away from the public, but we know that she was brought up together with two siblings, a brother, Harry Platias, and a sister, Tia McCormick.

3. Her parents were married for close to 60 years

The parents of the talented actress had an amazing marriage that lasted almost six decades before the sad passing of her father, Gust. Born on February 15, 1929, Gust died on October 6, 2015, cutting shy of their 60th wedding anniversary.

4. Her family has been through some tragedies in the past

Although her family has managed to remain very close and her parents who got married in their 20s managed to stick together till death, the family had experienced some challenges in the past. It was reported that in the 1980s, her sister was diagnosed with bipolar disorder and then in 1991, their home was burned down by the Oakland firestorm.

The acting career of Dina began in 1991 when she got the role of voicing Adam’s mother in the short film, Shelf Life. Her big break came in 1995 when she was offered the role of Miss Lippy in what has arguably become the best film of Adam Sandler, Billy Madison. The next role that came for her was in 1999 when she appeared in Cradle Will Rock and Deuce Bigalow: Male Gigolo.

From this point, the career of the famous actress seemed to be heading downwards as she no longer got more acting roles. Nonetheless, in 2002, she got to appear in Bark! as a waitress, and then 2 years after that, she got to play the role of a Floral shop manager, Lucy, in the TV movie, Memron.

Apart from her film and TV roles, Dina Platias was an additional crew member on Dead Man Walking. She was also the character, Carnoya in the video game, Terror T.R.A.X.: Track of the Vampire.

6. Has she ever been married?

At the moment it is no secret that the actress still lives in West Hollywood in California. What is not known, however, is whether or not the years old actress is now married or she has decided to continue living as a single woman. More so, it is not clear if she has any kids.

Although there are some sources suggesting she might be married with children, there is nothing in the public domain to support such claims as she has successfully kept that aspect of her life away from the prying eyes of the public.

Many years after she left the screens, Platias has actually been very close to what she has always loved. Back in 2015, it was reported that she was working as a TV and film promo writer. More so, it was also made known that she was also working in Los Angeles as a teacher.

Hope Olaidé Wilson is a talented actress and producer who has become known for...
Single

Nicole Bilderback is an American actress of Korean descent. She began her acting career...
Single

McCabe Slye: 9 Things You Didn’t Know About The Actor

McCabe Slye is a famous American actor who also doubles as a photographer. He...
Exes&Ex