Dominique Geisendorff: Is She Married To Cam Gigandet? Other Facts 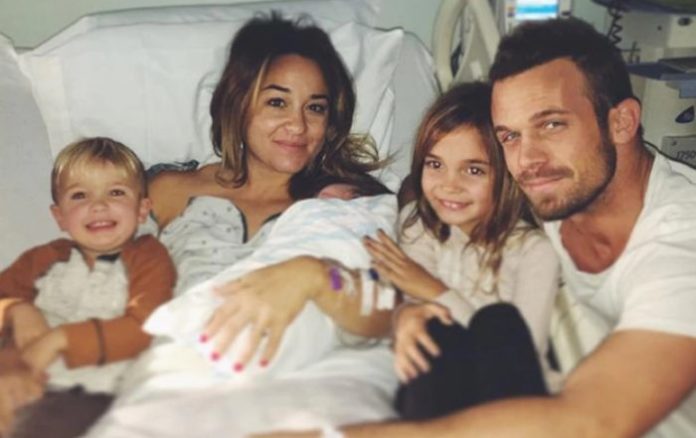 Dominique Geisendorff is an American actress who is better known for her love life than her career as an actress. Famously recognized for her role in the 2007 film Beneath the Surface, she has earned more fame for her relationship with actor Cam Gigandet.

Unlike many relationships and marriages in Hollywood that only survive for a brief period, Dominique and Cam have managed to hold things together for more than 10 years. With three kids between them, the question that fans now ask is whether they are married yet.

Details on how Dominique Geisendorff and Cameron Joslin Gigandet met is not known, but it is clear that they began dating in 2006. At the time, the actor was 24 years old while his lover was only 22.

Despite their young ages, it didn’t take them too long to start living together. In the initial stages, their relationship experienced some hiccups and they parted ways several times before finally returning.

The Couple Has Three Children

Almost 20 years after they began dating, Dominique and Cam have three kids between them, Rekker Radley Gigandet, Everleigh Rae Gigandet, and Armie Heartly Gigandet. Their first child, Everleigh was born on April 14, 2009.

The couple welcomed their second child, Rekker Radley Gigandet in 2013. The child weighed 9 lbs. 9 oz. at birth. In 2015, they took to Instagram to announce the birth of their third child, Armie who was born on Nov, 30. The baby weighed 8 lb., 8 oz.

They Are Not Married But Engaged

Dominique Geisendorff and Cam Giganet have stood the test of time and have since begun building a family together. Nonetheless, contrary to what many might want to believe, they are still not married.

That said, less than two years after they started dating, Cam expressed his desire to marry the actress by proposing to her in 2008. Needless to say, she accepted the proposal.

Other Facts About The Actress

1. The marriage between her parents did not work out

The actress was born Dominique Nicole Geisendorff on November 1, 1984, New Orleans, Louisiana in the USA to her parents, Frederic Geisendorff and Sue Feldman. Unfortunately, the union between her parents later came to an end, hence her father proceeded to marry Julie Geisendorff while her mother later got married to Marty Feldman.

3. Her husband is the more popular of the two

As stated, Dominique has got some level of fame for herself, most especially because of her appearance in the 2007 film, Beneath the Surface where she played the role of Kahlah. However, her husband is more popular.

Cam is an actor who began his career in 2003 with a role in CSI: Crime Scene Investigation. From then, he came to appear in more works including the following:

With a fascinating career on both film and TV, Cam has won numerous awards incluidng the Young Hollywood Awards, MTV Movie Awards, and Teen Choice Awards.

See Also: Dawni Sahanovitch Is Devon Sawa’s Wife: Every Detail About Her

Dominique does not have the most elaborate career, hence her exact net worth is not clear. Cam Gigandet, on the other hand, has a net worth that is estimated at $4 million. Needless to say, he made his fortune from his career as an actor.

5. Dominique revealed the secret to their long lasting relationship

In an Instagram post, in 2018, the actress revealed that the secret between her long-lasting relationship with the actor is that they Valentine or any other anniversary which means that she gets to love him the same way always.