Who is Jenniffer Kae? 10 Unknown Facts About The Singer 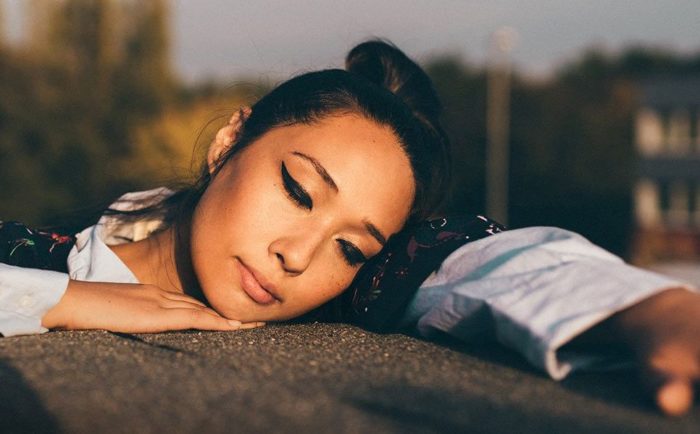 Jenniffer Kae is a German singer who has been in the music scene for more than a decade. A colorful and diverse singer, she has gained some success in her home country and beyond. Nonetheless, there are still many other facts to know about her.

Everything We Know About Jenniffer Kae

The German singer was born Jenniffer Kästel on 1 June 1987, which means she is currently 35 years old. She was birthed in Königsau, Germany to parents who were both musicians. Because of this, music has been a part of her for many years but there was never a point when she considered doing it as a carer while growing up.

2. The singer was brought up alongside a sister

Jenniffer was not raised as an only child; she has a younger sister who has also decided to chart a career in music, making her family a complete musical one. Her sister is Laurita Spinelli, who was born Laura Kästel.

3. Who are Jenniffer Kae’s parents?

Jenniffer’s parents are Teresa Kästel, a Filipina, and Christoph Kästel who is a German. Her mother is a singer while her father is an instrumentalist. Her parents perform together and they have a management company under which they signed the Prestigious Band which also had singers like Relyn Bacani.

Unlike many other talented musicians, Kae did not start music until she was around 17 or 18. She had always loved creative writing since she was a child, but it was much later in life that she thought of using it to write songs from things that fascinated her including romantic stories. At that point, it was easy for her since her parents were also musicians.

5. Kae is in a relationship with Alex Höffken

As regards her personal life, the singer is in a relationship with drummer and musician, Alex Höffken. It is not clear when they began dating, but it is known that they have been together for more than two years now.

6. She has released several albums and LPs

The career of Jenniffer Kae has recorded some successes along the line. She has come a long way, releasing projects in both English and German. More so, she has mostly toured Germany and also other parts of the world to promote her works. Here are all her known works thus far:

Jenniffer Kae has two albums to her name and one EP.

7. She once performed as a backup singer for other musicians

Even before she took the center stage to start releasing her own works, Jenniffer Kae once performed as a backup singer for other artists. She has worked as a background singer for some bands in Germany including Lena, Johannes Oerding, and Cro. It was after all these that she decided to start fully.

8. halb was her first German album

Since the start of her career. Kae was always releasing her projects in the English language. However, in 2019, she decided to release halb as her first work in German. She revealed that the reason why she decided to switch was that she was looking for a new form of expression and she found out that mixing different things could give her something entirely different and intense.

9. She has been a traveler for most of her life

According to Jenniffer Kae, she has been traveling since a very young age. She revealed that she has moved at least 16 times in the past because of the career of her parents as musicians.

10. What is the net worth of Jenniffer Kae?

Thanks to her career which has lasted for many years and which has afforded her many successes, Jenniffer Kae has a net worth that is currently speculated to be around $2 million.