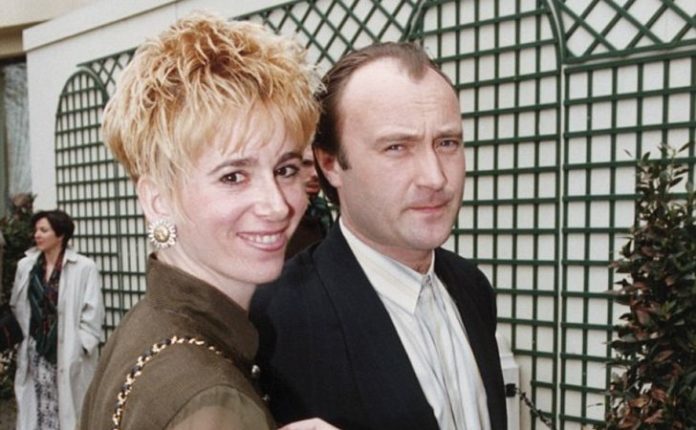 Jill Tavelman is one of the most known names in Hollywood even though she is not a regular celebrity. An entrepreneur and socialite, she gained fame thanks to her marriage to English singer and instrumentalist, Phil Collins. She is also known for being the mother of celebrated actress, Lily Collins.

Jill and Phil got married in 1984 and after 12 years, their marriage came to an end in divorce in 1996. Since the end of their union, Jill’s name is still being mentioned in relation to her marriage to the English singer and record producer.

Who is Jill Tavelman?

It was on April 9, 1956, that Jill Tavelman was born in Los Angeles County, California, USA. She was birthed to a Jewish father and a mother whose name is Jane Hale. While her father owned a clothing store, her mother was a performer and theater artist.

Details about her early life and childhood have not been revealed. However, she made it known that when she was a little girl, she found it very difficult to throw away things.

Jill was a very rich woman when she met Phil Collins. Although he was quite successful at the time, she made it known that she had more money than him.

How She Became The Second Wife Of Phil Collins

The love story between Phil Collins and Jill Tavelman who was no stranger to Hollywood began in 1980 when they first met in a Los Angeles bar. Collins was just newly out of divorce and he was not really ready to get into another relationship. Nonetheless, when Collins and Tavelman met, she was introduced to him as Bill Collick because he wanted to hide his identity. This was needless since she had never heard of Phil Collins before then.

The two fell for each other and in no time, they started dating. In less than a year, he asked her to return with him to England where they later got married in a small church in Guildford, London.

It was not easy at first for Jill because her husband was working on rebuilding his career on one hand, and still battling the ghosts of his first divorce. Nonetheless, she supported him in his career and helped him

Their Marriage Ended After 12 Years

In 1996, Jill and Phil pulled off the plug from the marriage as they went their separate ways in divorce. The marriage had started to crumble since the early 1990s. In 1992, the singer was said to have had an affair with his former fiancee, Lavinia Lang.

He would later insist that he was following his heart. More interesting was that Lavinia was already married when she had an affair with Phil. The singer revealed that this was the start of the end of his marriage to Jill.

Collins confessed to his wife and even though she seemed understanding at first, he doubted if she ever forgave him as they continued to struggle for two years before separating in 1994 and then getting a divorce in 1996. Jill received £17 million as a settlement from the singer.

Jill and Phill Collins Had A Daughter Before Their Divorce

Even though their marriage did not last forever, it was still blessed with a daughter, Lily Collins who was born on 18 March 1989. Because of the divorce of her parents, she grew up sharing time between the UK with her father and the US with her mother.

She has also followed in the entertainment oath of her father by becoming a model and an actress. According to her, growing up was difficult and full of confusion most especially as a result of the divorces of her father while she was also trying to build two careers as a teenager.

Although Lily is the only daughter that Phil and Jill share together, she is not the only child of the singer. Phil Collins is a father of 4 more kids apart from Lily. His first 2 children, Simon Collins and Joely Collins were birthed to him by his first wife Andrea Bertorelli while Nicholas Collins and Matthew Collins were born to him by Orianne Cevey.

Jill Tavelman Has Not Married Again

Since her marriage to the British singer came to an end, Jill Tavelman has not made any further attempts at getting married again. There are no details on whether she has been in any other relationship since Phil Collins.

The singer, on the other hand, Walked down the aisle a third time following his divorce from Jill. He married 12 years after the divorce to Swiss jewelry designer Orianne Cevey. The marriage lasted for less than a decade before it ended in 2006. Following the divorce, reports had it that Collins settled his Orianne $46 million (£35m) after the marriage ended in divorce in 2008. She would go on to marry Christopher Mejjati and after they split, she reconciled again with Phil in 2015.

Things did not go well for them as by 2020, Cevey who was 46 years old, left Collins who was 69, to get married to a much younger Thomas Bates, who was only 31. The singer claimed that they were still together when she went behind his back to get married to another man.