Justin Hakuta Is Ali Wong’s Husband – Who Is He? Their Life Together 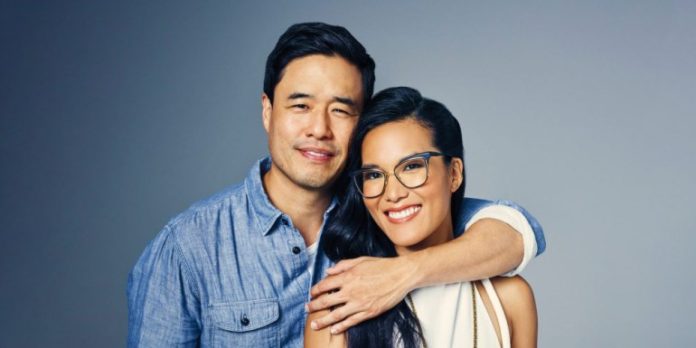 All on his own, Justin Hakuta may not be the most famous of individuals even though he has built a career for himself as a businessman. As far as achievements are concerned, he has walked his way up the entrepreneurial ladder. Nonetheless, many would recognize him as the husband of famous actress and comedian, Ali Wong. The pair have been married since 2014, and close to a decade later, they are not only together, but they are also blessed with wonderful kids.

Who is Justin Hakuta?

It was on 18 October 1982 that Justin Hakuta was born in Washington, D.C., United States. He was birthed to Japanese-American inventor and television personality Ken Hakuta who gained fame as Dr. Fad and Marilou Cantiller, a Filipino. This means that Justin is of Japanese and Filipino descent.

While his father made a name for himself on TV, thanks to his show; s The Dr. Fad Show, Justin’s mother had a career of her own. She worked as a research assistant with the legal department of the World Bank.

Justin was brought up alongside his two younger siblings; Kenzo Hakuta and Aki Hakuta. Kenzo is a film director and an actor known for his role in the 2005 short film, Fall. Nothing of significance is known about Aki.

As regards his education, Justin Hakuta went to Sidwell Friends School. From there, he moved to Tecnologico de Monterrey in Mexico. He was there for a year before he went to Carnegie Mellon University where he obtained a Bachelor of Science degree. Next, Justin proceeded to Harvard University where he obtained a postgraduate master’s degree in Business Administration.

Career-wise, Hakuta has come to record many achievements in the past. While he worked with some organizations including Seventh Generation, Cargomatic, Patagonia, and Honest Tea, he also founded his own company YogaStart. More than that, he also joined in founding Aviara.

Thanks to his hard work, Justin Hakuka’s net worth as of 2021 was estimated at $1.5 million.

The love story of Justin Hakuta and Ali Wong had its roots in 2010. They first met at the wedding of their mutual friend and they seemed to click. Wong invited Justin to one of her shows and that was how they fell in love.

When they met, Wong was not as famous as she is today. In fact, even though she had her shows, she was still struggling. By 2014, they were sure that they wanted to spend the rest of their lives together and so they got married.

According to Wong, when they got married, her husband’s family got her to sign a prenup in case of a divorce. Seeing that she would end up with close to nothing if they were not together, she was more than motivated to pursue her career more seriously than she had ever done.

Today, she is one of the most famous actresses and comedians in the world.

Justin Hakuta And His Wife Have 2 Kids

Justin Is A Staunch Supporter Of His Wife

One of the things that have helped in sustaining the marriage of the entrepreneur and his wife is the fact that they always support each other. He has gone out of his way to help his wife in selling her merch. More so, before she makes any jokes about her husband, he always vets it after she writes.