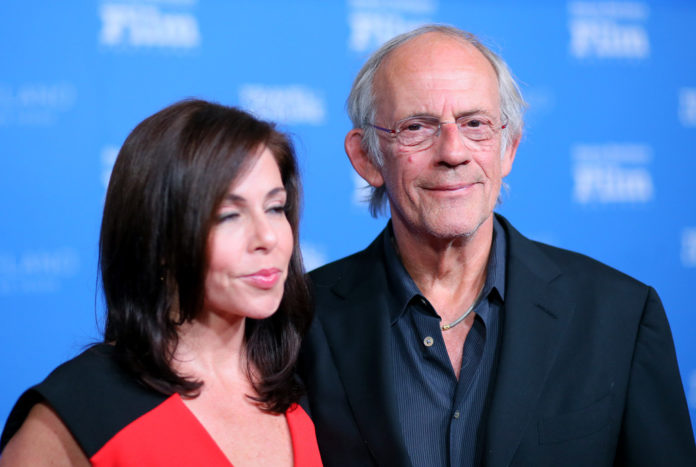 Lisa Loiaconois an Estate agent who came to fame in 2016 when she became the wife of famous American actor, Christoper Llyod who is known for films like ‘Back to the Future’. Lisa attracted so much attention first because she became the fifth wife of the actor and more than that, she is 32 years younger than the actor.

As stated, Lisa Loiaconois is an American estate agent who started her career back in 2003. She was born on 18 July 1970, but a better part of the information about her childhood and education all remain unknown.

She previously works with Sotheby’s International Realty as a realtor.

The paths of the actor and Lisa first met when she was selling a house to him and his ex-wife, Jane Walker Wood whom he later divorced in 2005.

It is not clear from what time they started dating, but it was until November 23 2016 that they finally got married.

They Have No Children Together

It is known that although Christopher has appeared in films for children, he does not have any child of his own in his five marriages, hence it need not be stated that he doesn’t have a child with Lisa.

On her part, Lisa is said to be a mother of a son named Jacob whom she had from a previous relationship.

Past Relationships of Lisa Loiacono

Because she has not been in the limelight for a very long time, the previous relationships that Lisa has got into have never been revealed.

Past Relationships of Christopher Llyod

As stated, the Back to the Future actor has been married a total of five times to five different women. Here is a list of all the women he has married:

Later known as Catherine Boyd Lloyd, she is the first woman that became the wife of Christopher Allen Lloyd. The two were married in 1959 and they remained together for 12 years before they divorced in 1971. She is said to be an actress but not much is known about her.

Although reasons for the divorce were not given, there was an alleged agreement that the actor would continue to pay his first wife alimony of $1,500 each month until she either remarried or died. In 2002, she dragged him to court claiming he failed to pay her to the tune of $200,000 even though she neither remarried nor was she dead.

Kay and Christopher got married in 1974, only three years after his first marriage. The marriage did not produce any child but it lasted for 13 years and then came to an end in divorce in 1987.

Born in 1943, she is only five years younger than her former husband. Since their divorce,

The third marriage of the actor was to Carol Ann Vanek, in 1988. This marriage did not last a long time before it came to an end after only three years, in 1991.

Carol is not very popular among the wives of the actor and as soon as her marriage to him came to an end, she did not linger in the limelight any longer.

The last woman he dated before meeting Lisa is Jane Walker Wood whom he got married to in 1992 and after 13 years, they got divorced in 2005. It is revealed that even though they are no longer together, Jane and Christopher still keep in touch. In fact, she is the only one among his exes that he keeps in touch with.

She was born in 1960 which means she is 22 years younger than the man she once married. Nothing is known about her love life since her divorce from Christopher.

His Fifth Marriage May Be His Last

More than 5 years since they got married, the actor has revealed that this may as well be the last time he would get married. He does not make it a secret that he is very much in love with his young wife as he always takes to social media to pour out his love for her.