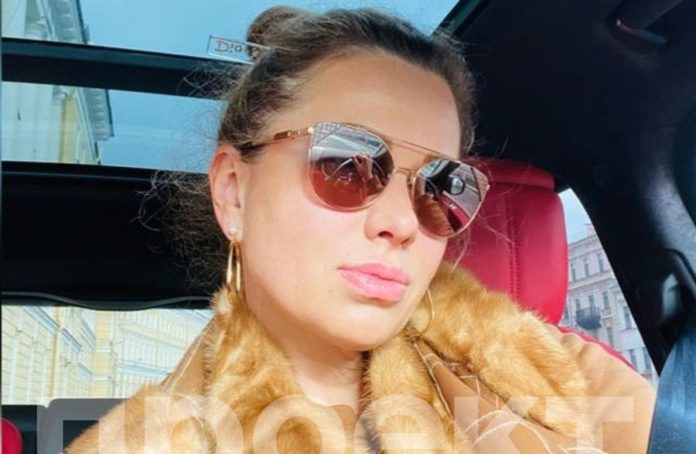 Famously known as Elizaveta, Luiza Vladimirovna Rozova is a Russian who is alleged to be the daughter of President Vladimir Putin. Although there is a striking resemblance between the two, there is no confirmation that she is the offspring of the Russian leader. That, however, has not stopped the rumors and subsequent trolling on social media since the beginning of Russia’s attack on Ukraine which has forced her into going off Instagram.

While questions continue to swell as regards her parentage, here is all we know about her and who her father might be.

Who is Luiza Vladimirovna Rozova?

It was on 3 March 2003 that Louisa Rozova was born in Saint Petersburg, Russia. Often referred to as Elizaveta Krivovogikh, she was allegedly birthed to Putin by a former secret lover, Svetlana Krivonogikh.

Luiza has remained so much of a mystery because every detail about her childhood is not available to the public. This includes her upbringing and education, except the reports that she is a student of St Petersburg.

More than that, the socialite is also a DJ who is highly in demand in Moscow. Luiza owns a fashion line even though she is only a teenager. The line is into the production of what is defined as amateur clothes for every day.

Why People Believe She Is Putin’s Daughter

For a very long time, attention was never drawn to Luiza Rozova until recently when she was outed as the illegitimate daughter of Vladimir Putin. The resemblance between the two is one of the main reasons why many have come to believe that there could be a blood connection.

Luiza Rozova herself has once admitted that there is a striking resemblance between her and Putin, but she has not gone further to deny any link to him. Instead, she claimed many people also resembled Putin.

The teenager’s mother, Svetlana Krivonogikh was said to have dated Vladimir Putin for a while and it was around that period that she took in and had her daughter.

Reports from Russia claim that the official birth certificate of Luiza does not have any name listed as the father, but her middle name on the record is Vladimirovna, which translates to “Vladimir’s daughter.”

The light shone more on her when she celebrated her 18th birthday in 2021. She reportedly DJed at a top Club in Moscow and was seen being driven in a government-owned car taht was previously used by the country’s culture minister.

Luiza Vladimirovna Rozova’s mother is Svetlana Krivonogikh. Born Svetlana Alexandrovna Krivonogikh on March 10, 1975, in St Petersburg, Louisa’s mother does not have so much of her early life in public. It is speculated, however, that she was not born into a rich family.

Svetlana rose from being a cleaner into becoming one of the richest women in Russia, allegedly due to her relationship with Putin. The two allegedly dated from the late 1990s into the 2000s before they parted ways. It was around that time that Vladimir Putin and Svetlana Krivonogikh had their daughter.

She obtained a diploma certificate in 2000 from Saint Petersburg State University of Economics and Finance. She previously lived in a communal building in Saint Petersburg before her alleged relationship with Putin. Shortly after they started dating, she moved to one of the most elite areas of the city.

Where Is She Today?

When the news broke that Luiza Vladimirovna Rozova could be one of the children of Vladimir Putin, it attracted so much attention to the St. Petersburg student, and her following on social media grew. On Instagram, she rose to have close to 90 thousand followers in a short while.

In February 2022, Putin unsurprisingly shocked the world when he invaded Ukraine over its plan to join NATO. The backlash did not end with him, like his other family members, including Luiza, also took the heat. She became a target for many on social media who poured their anger and frustration on her, so much that she had to leave social media.

Currently, it is believed that she is in Russia, but her exact whereabout is not known.

All Other Known And Unknown Children Of Vladimir Putin

Luiza Vladimirovna Rozova is not the only child of the Russian strongman. He has two known daughters with his former wife with whom he was married for 30 years and allegedly 2 to 4 kids with his girlfriend, Alina Kabaeva.

Also referred to as Maria Vorontsova and sometimes Maria Faassen, Mariya is the oldest child of Vladimir Putin. He had her in 1985 with his former wife, Lyudmila. Although she has maintained a very private life for a very long time, it is known that she attended Saint Petersburg State University and also Moscow State University.

A pediatric endocrinologist, she is married to a Dutch businessman, Jorrit Faassen.

The second oldest child of the Russian president, Katerina Tikhonova, was birthed to Putin by Lyudmila in 1986.

A scientist and former acrobatic dancer, she was born Yekaterina Vladimirovna Putina in Germany. In 2013, she married Kirill Shamalov but the marriage only lasted until 2018, when they divorced.

Even before Putin’s divorce from Lyudmila, there were rumors that he was having something to do with Russian Gymnast and politician, Alina Maratovna Kabaeva. Although neither of them confirmed anything, the report is that they got married after his divorce in a private ceremony.

It is now claimed that they have four children including a set of twins. The pair has a set of twin girls who were said to be born in 2015 and two sons. All the kids have Swiss citizenship.

With the Russian-Ukraine war raging, it was reported that Alina and the four kids of the president had fled to Switzerland where they are hiding in a luxurious and private chalet.