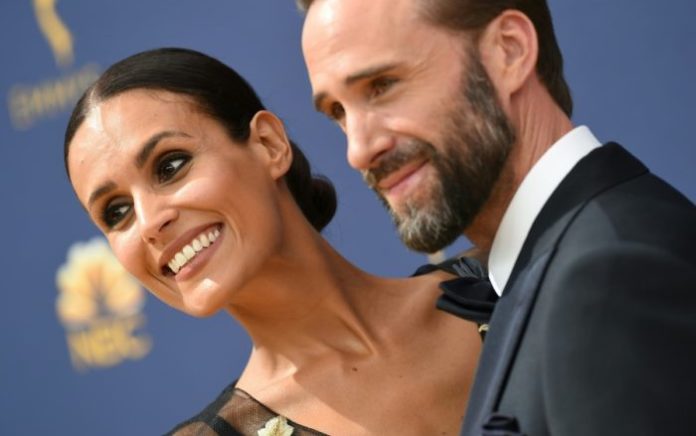 Maria Dolores Dieguez is a former model who became known for her involvement in pageantry. She is often referred to as an actress, even though her real claim to fame is as the wife of celebrated English actor, Joseph Fiennes. The pair got married in 2009 and have been blessed with two children.

In as much as she does not have as rich a resume as that of her award-winning husband, Maria has also made a few appearances as an actress. Her most famous work is the 2004 film, Durch die Blume, in which she took the role of Maria. Beyond her acting career and her marriage to Fiennes, there are many other interesting facts to know about her.

1. She was born and raised in Switzerland

It was on 5 January 1982 that Maria Dolores Dieguez was born in Switzerland, although she is originally a Spaniard. Her parents migrated to Switzerland before she was born. While her father, Gerardo worked as an electrician who installed poles, her mother, Oigna was a seamstress. At the time that she was born, her parents were still struggling to form the scratch in Switzerland.

As regards her education, she studied Fine Arts in Berns, the city where she was born. Initially, she started studying economics before she switched.

3. She worked as a photographer and model

Needless to say, Maria is a very hard-working individual who trained as a photographer. She also worked in the same line. Apart from that, she is also a former model who made significant success therein.

4. Maria got into pageantry

More than modeling, Maria was into the pageantry business. She made a significant mark in 2003 when she made it to the Miss Switzerland contest in 2003. Although she did not end up as the winner, she still made a left a good impression.

The love story between the former model and Joseph began is traced back to 2004 when their path first crossed. Maria Dolores Dieguez – Is Joseph Fiennes was said to have first met at a restaurant in Taormina, in Italy. According to the actress, the first moment she set her eyes on the actor, she fell in love with him.

The feeling was mutual even though there was the fear on her side that dating an actor would only cause her trouble. Even with that and the fact that she was only 22 while he was 34, they still decided to give love a chance. However, they did not start dating immediately as she returned to Switzerland where she was still studying while he returned to London.

The pair continued talking on the phone almost constantly and then he invited her to South Africa where he was shooting a film. He invited some children to their table and that was when she fell in love with him even more. They started dating from then until 2009 when they finally got married in an intimate ceremony at the Finca Cartuleggio in Tuscany, Italy.

7. Maria Dolores Dieguez and Joseph Fiennes have children together

8. Her husband has dated other models before they met

Also a model himself, Joseph Fiennes has also dated other models and celebrities before finally marrying his wife. In 2006, he was linked to the British actress, Josie D’Arby and before her, Joseph was said to have dated British TV personality, Judith Shekoni in 2005. In 2004 after Uher and American model Joy Bryant parted ways, she got into a relationship that would last until 2005 with the actor.

9. Maria Dolores Dieguez does not watch her husband’s ‘The Handmaid’s Tale’

According to Maria, when the role came for her husband, she encouraged him to go for it but she still does not watch it with their children. According to the actor, the role got him depressed at first because he was worried about his family. He revealed that if his character is killed off, his wife will start following the show.

As regards her net worth,what Maria Dolores Dieguez has at the moment has not been revealed. However it is known that her husband, Joseph Fiennes has a net worth that is estimated at $10 million. He makes his wealth from his career as an actor and other engagements in the entertainment business.