Who Is Matthew Adesuyan? 10 Facts About Shanina Shaik’s Boyfriend 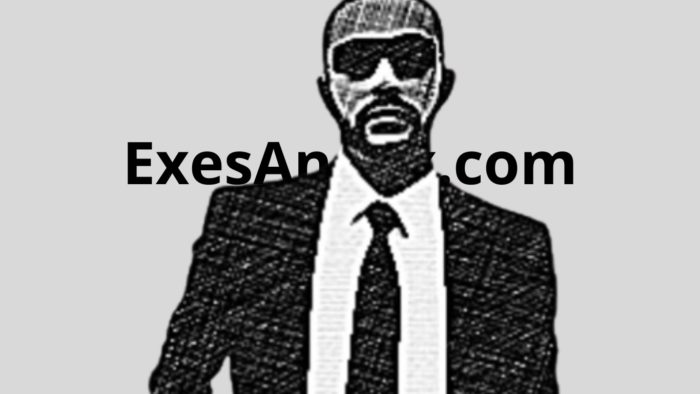 Matthew Adesuyan is a music producer who has made headlines recently as the boyfriend of Australian model, Shanina Shaik as the two are expecting their first child together. Also known as Matthew Baus, he has been in the entertainment scene for a very long time, although he is not very much known in the mainstream. Here is all to know about him.

1. He was raised by parents of mixed ethnicity

Matthew ‘Baus’ Adesuyan was born to a father who is a Nigerian and a mother who is from Iran. That said, he was brought up in the United States and got to visit Nigeria for the first time when he was 14 years old to see his grandmother and other family members.

As regards his education, Matthew Baus attended Morehouse College from 2007 to 2009, and then he went to Loyola Marymount University’s College of Business Administration.

2. A look at Matthew Adesuyan’s sister and parents

The music producer was raised by his Olu Adesuyan parents and Julliet Adesuyan alongside a sister, Melody Adesuyan. Also referred to as Melo, not much is known about the personal life of Matthew’s sister except that she is a doctor.

3. He has been exposed to Nigerian music since he was a child

With a Nigerian father, Matthew revealed that since he was a child, he was exposed to Nigerian culture most especially the music of people such as Fela and Sunny Ade.

He was also later introduced to the music of Tuface Idibia by his father when he was 14. He always listened to African Queen every day at the time. Wizkid was also another person that he was introduced to but he did not like his music very well.

4. He is the Co-founder of Bad Habit music company

In 2015, Matthew joined hands with Kirk Harding to found the music media group, Bad habit. The label has many famous musicians to its name including Burna Boy, Goody Grace, Yeek, and The Neighborhood.

The model and Bad Habit boss started their relationship in November 2020. The details regarding how they met and began dating have not been revealed. Shanina who is of Lithuanian, Saudi Arabian, and Pakistani ancestry first shared her picture with Matthew on her Instagram to celebrate 2021’s Valentine. Since then, they have continued to share their loved up pictures on social media.

6. Matthew Adesuyan and Shanina Shaik are expecting their first child

In an interview she had with E!, Shanina Shaik revealed that she and her boyfriend were expecting their first child and she is very happy about that. In May 2022, she revealed that she had gone beyond the first trimester but because they have both been very busy, they have been unconventional in telling people.

Before the model first met Matthew, she was previously married to musician and Disc Jockey, DJ Ruckus whose real name is Gregory Andrews, They got married in 2018 and after only 14 months, she filed for divorce which was finalized on January 23, 2020.

According to the DJ, his marriage to Victoria’s Secret model ended because they were not happy together and they were not compatible. It had nothing to do with anything traumatic. Another reason that was suggested by close sources was that they both had busy schedules and did not have time for each other.

The child she is expecting with Matthew is her first as she did not have any child with her ex-husband.

8. How he signed Burna Boy

According to Matthew Adesuyan, after he listened to Burna Boy for the first time, he enjoyed his music but thought he was from Jamaica. The next day, some names including that of Burna were brought to him by his business partner who also revealed to him that the musician was actually from Nigeria.

Having loved his music and versatility, Matthew insisted they had to get Burna immediately and so they went to London where they met him and opened a deal with him. The two men vibed immediately so it was easy to get Burna to sign to Bad Habit.

9. He is also involved in other things

Apart from Bad Habit, he is also the CEO of the Fashion Brand, MADEBUYUS which he founded in 2013. Before then, he worked as the creative director of The Neighbourhood from 2012 to 2016, a producer at High Valley Entertainment from 2009 to 2011, and then he was the CEO of I Versus Eye production company from2011 to 2013.

Matthew Adesuyan has a net worth that is currently estimated at $5 million. He made his fortune from the different things he has been into including his music business and fashion business.

On the other hand, Shanina Shaik has a net worth that is estimated at $10 million. She made her fortune from her successful modeling career.