Michelle Dilgard Is Martin Klebba’s Wife: 10 Things To Know About Her 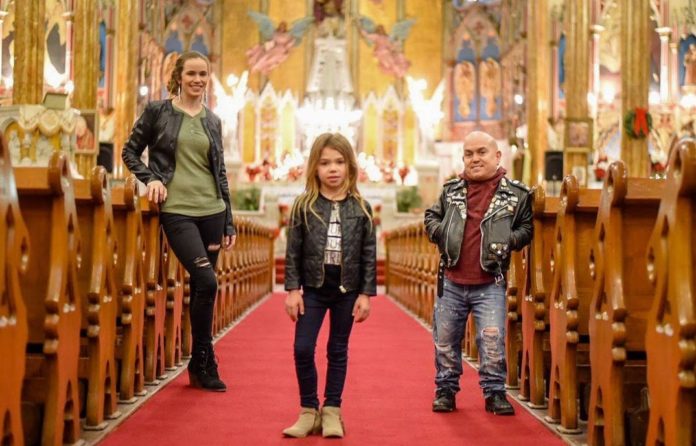 Michelle Dilgard has become a popular face among the followers of the famous actor, Martin Klebba. She is the actor’s wife of more than 10 years having tied the knot in 2011. The pair are blessed with 2 kids and although Klebba always posts about his wife on Instagram, there are still many interesting things that remain unknown about her.

1. Michelle was born in Tennessee

Michelle Dilgard Klebba is well-known for keeping details about her personal life private. However, it is no secret that she was born on August 17, but the exact year of her birth still remains uncertain. She was birthed in Tennessee which was also where she spent her early years. As regards her education, she attended Maryville High School from where she graduated in 2003. Next, she went to the Tennessee Technological University from where she studied Education- Secondary Science and graduated in 2007.

2. She is from a closely knitted family

Michelle was brought up together with a sister, Kylie Dilgard Carpri by their parents, Linda Lane Dilgard and Barry Dilgard. It is known that she shares a good relationship with her only sister as well as her parents and also her granddad who died in January 2021 at the age of 94.

3. She has a career as a teacher

A hard-working woman, Michelle Dilgard is also a teacher among other things. She made it known on Facebook in 2021 that she got a job in a high school to teach biology. She once taught in Burbank Unified School District and she was also a substitute teacher at Troy School District. Before deciding to enter the classroom, she was a Veterinary Technician at the Maryville Animal Hospital between 2002 and 2005.

4. The actor’s wife is also an entrepreneur

Apart from being a teacher, Martin Klebba’s wife is also an entrepreneur. She is the founder of Moviestarbling, a company that is into the sale of Paparazzi Jewelry and Accessories. She sells everything from earrings to necklaces, as well as bracelets, rings, wraps, and other men’s accessories.

5. She was introduced to her husband by a mutual friend

The love story of Martin and Michelle Klebba is a rather fascinating one. The pair first met after they were introduced to each other by a mutual friend in 2007. After dating for a number of years, the Pirates of the Caribbean actor and his Maryville beauty walked down the aisle on June 28, 2011.

6. Michelle Dilgard is a mother of two

The union between Martin Klenna and Michelle Dilgard Klebba is one that has been blessed with a daughter, Makenzie Rae Klebba who was born in 2012. Michelle is also a stepmom to the actor’s first child, Alec who was birthed to him many years ago from an unknown relationship. Not much is known about Alec but Makenzie is known to be a young talented gymnast.

Martin has described Michelle as a great wife, mother, and stepmother on more occasions than one.

7. Michelle Klebba and her husband now live in Tennessee

In 2021, Michelle and her husband purchased a new home in Maryville, Tennessee where she began schooling at the Tenessee Tech University College. She revealed that she found it pleasing moving away from Los Angeles. With the move to Tennessee, she got the chance to be closer to her parents.

8. Her husband is a very talented actor

Born on June 23, 1969, Martin Klebba began his career in the 1990s, at a time when he used to appear on The Howard Stern Show. However, it was in the early 2000s that he started getting roles that would shoot him to fame.

Thanks to his talent, he appeared in some works including Men in Black II (2002), Cradle to the Grave (2003), and Americano (2005). His redefining role came in 2006 when he got the role of Marty in The Pirates of The Caribbean: Dead Man’s Chest. He returned to shoot for Pirates of the Caribbean: At World’s End in 2007. Since then, he has gotten many more roles including as a stuntman and on animations.

In 2016, he clinched an Award of Recognition for his tole in The Haunt during the Best Shorts Competition, and then he got a Screen Actors Guild Awards for Jurassic World in 2016.

See Also: Justin Hakuta Is Ali Wong’s Husband: Who Is He? Their Life Together

9. Her husband has a good net worth

While the exact net worth of Michelle is not known, there is no denying the fact that she is hardworking and makes a decent income from all her engagements. Martin Klebba, on the other hand, is known to have a net worth that is estimated at an incredible $7 million. He made his fortune from his successful career as an actor.

Michelle Dilgard Klebba may not be the tallest woman out there, but she is still blessed with a good height, standing at over 5 feet 7 inches tall. This places her much above her husband whose height is below 4 feet 2 inches tall.