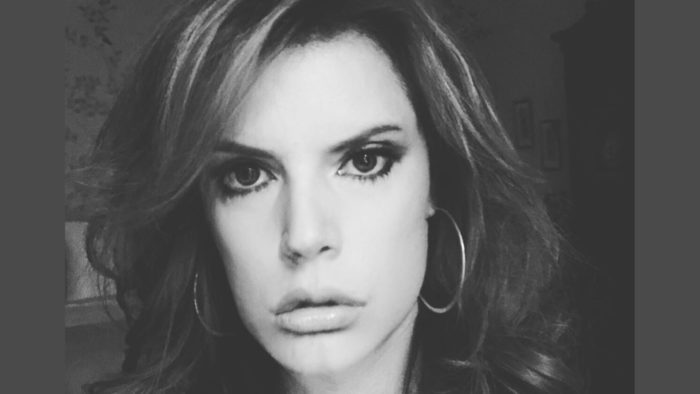 Mindy Rickles is an American actress who is known for films such as Tales from the Crypt (1989) and Daddy Dearest (1993). Although she has been in Hollywood since the late 1980s, she has come to be better known as the daughter of comedian, Don Rickles. Here is everything we know about her:

1. She was born into a famous family

Mindy Rickles was born in June 1966 as the first of the two kids of her famous parents, Don Rickles and Barbara Rickles. While her father is regarded as a legendary comedian and actor, her mother was an actress, although her fame was mostly tight to her husband.

2. Mindy Rickles is of Jewish descent

The actress is a Jew just like both her parents. While her paternal grandfather, Max Rickles came to the United States from the then-Russian Empire, her grandmother, Etta Rickles came from Austria.

In spite of that, both the actress and her father have always cracked jokes about Jews. Her father once made a joke, referring to her mother as the supreme Jewish American Princess because according to him, she “likes to lie in bed, signaling ships with her jewelry.”

3. Mindy Rickles was brought up together with a sibling

The actress was brought up alongside a brother, Larry Rickles who was born in 1970. He became known as a screenwriter and producer. Unfortunately, Larry died in 2011 at the age of 41, He lost his life to pneumonia.

4. She was once a teacher before going into entertainment

A graduate of the University of Southern California, Mindy might have been raised around entertainment but did not go into it immediately after college. It has been reported that she once worked as an educator in Los Angeles where she took a job as a preschool teacher. She did not last very long in this before she left to become an actress.

5. Her career lasted for more than 3 decades

Since 2013, the actress has only appeared in documentaries and series that mostly revolve around her family including Historical Roasts in 2019 and Rickles+Newhart: A Hollywood Love Story in 2021.

6. Mindy is also a comedian

Being the daughter of a famous comedian, it is not surprising that Mindy Rickles is also one herself. Although she has not risen to the status of her father, she has also been doing her thing for a very long time. More so, she has had the privilege of performing together with her legendary father.

7. She is since married to Edward Mann

Mindy has an amazing love story with her husband, Eddie Mann, a man that she got married to in 1997. Her husband is also a well-known individual who became known as a radio executive and jazz musician.

8. Mindy has two kids from her marriage

The marriage between Mindy and Eddie has lasted more than two decades and is blessed with two amazing kids, Harrison Mann and Ethan Mann.

Born on August 13, 1995, Ethan has followed in the footsteps of both his parents as he is an actor, comedian, and musician among other things. On the other hand, Harrison is not well known in the celebrity circles, but he is also an actor who is famous for the 2007 film The Courier.

9. She lost her parents within four years of each other

Mindy has suffered some serious losses in the past years. Apart from her brother whom she lost in 2011, as indicated, she also suffered the loss of both her parents.  Her father died on April 6, 2017, after suffering from kidney failure. He was 90 years old when he died at his home in Los Angeles, California.

Four years after the tragic passing of her father, Mindy was hit again after she lost her mother on 14 March 2021, in Los Angeles. Barbara Rickles lost her life on the day that would have been her 56th wedding anniversary with Don. The cause of her death was said to be non-Hodgkins lymphoma.

The exact net worth of Mindy Rickles has been a thing of speculation over the years, although it is clear that she has always been doing well for herself. Following the passing of both her parents, it became clear that as the only surviving child of the duo, she inherited their fortune. Her father had a net worth that was estimated at over $30 million.