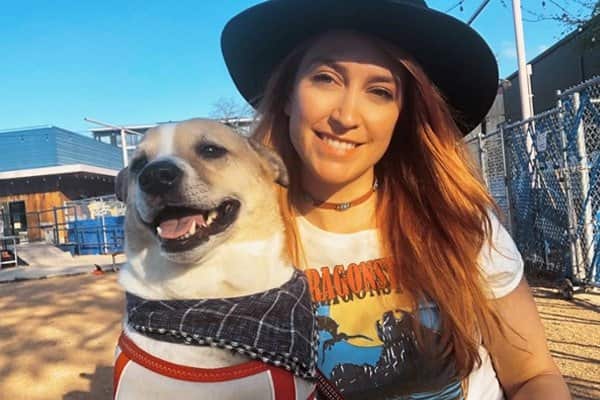 Molly Evangeline Goodman is a name that is well known in the entertainment industry and most especially in Hollywood where she is a production assistant and film editor. More than just her career, she is also known as the daughter of famed couple Anna Beth Goodman and John Goodman who is an American actor.

While it is for her career and parents that she has become very known, there are many other things that still remain unknown about her.

1. She is from a very famous family

As stated, Molly is from a known family in Hollywood. Her father, John Goodman is a veteran in the acting business. He started his career as an actor in 1975 and has since appeared in many films including Raising Arizona (1987), Studio 60 on the Sunset Strip, Roseanne, Argo, and 10 Cloverfield Lane. In his enviable career, John Goodman has won many awards including the Primetime Emmy Awards, the Golden Gloe Awards, and Screen Actors Guild Awards among many others.

While her mother is not an actress, she is also fairly popular. Anna Beth Goodman is known in Hollywood thanks to the man she is married to as well as for her career as an entrepreneur who is a children’s clothing line owner.

2. Her parents have been married for a long time

Not too many kids are as fortunate as Molly Evangeline Goodman in the American film industry to watch their parents stick together for a long time. Molly’s parents have been married for more than three decades. Her legendary actor father met Anna Beth Hartzog at a Halloween party and he almost instantly fell for her. In 1989, they tied the knot and since then, they have continued to remain together and very close.

3. Molly Evangeline Goodman was born a year after her parents married

It was on 31 August 1990 that Molly Evangeline Goodman was born to her parents in St. Louis, Missouri. It was also in the United States that she was brought up.

4. Molly is an only child

Needless to say, Molly is the only child of her parents, more than 30 years since they tied the knot. From all indications, the parents of the gorgeous blue-eyed blonde have no further plans of having any more kids considering their advanced ages.

5. A look at her educational life

As regards her education, Molly went to the University of Southern California from where she obtained a BA in Film and Television Production. She graduated from college in 2013. The earlier aspects of her educational pursuits have not been revealed.

6. She has an interesting career life

Birthed to a father who is a legendary actor, it is not surprising that even tough she has not taken a career as an actress, she still managed to be around Hollywood with a career as a production designer. She has been involved in a number of feature films, TV shows, commercials, and music videos. She has been involved in the following works thus far:

Apart from the above, she was involved in First National Bank’s Hold On commercial in 2016 as well as the L&M Cigarettes Website campaign in 2017. Also a photographer, she was a production designer for Forest’s Bahamas music video.

7. Molly Evangeline Goodman will get married in 2022

As regards her love life, Goodman is still not a married woman, but this status would change come March 5, 2022, when she gets married to the love of her life, Edd Benda.

The love story between Molly and Edd began when they were in on August 19 2009 to be precise. It was on their move-in day at the University of Southern California. They were peers at the USC School of Cinematic Art, but they did not get to know each other until after their years at college. A year after they graduated, they had their first date.

Their relationship took a good shape in 2019 when they had their first road trip together among other things. On October 3, 2020, the pair got engaged en route to Santa Barbara and by December of the same year, they bought their house in Eagle Rock, Los Angeles.

9. The film editor is not a fan of social media

Unlike most other celebrities, Molly is not a strong fan of social media. Interestingly, neither is the man she is getting set to walk down the aisle with. It is because of this that they do not have a hashtag for their wedding. That said, she still has an Instagram account that is Private and has less than 2000 followers.

10. Her current net worth is not clear

Without any doubt, Molly was brought up in a very rich family considering that John Goodman has a net worth that is estimated at $45 million. That said, it is known that Molly is living a good life as far as her finances are concerned. Nonetheless, her exact net worth still remains unknown,