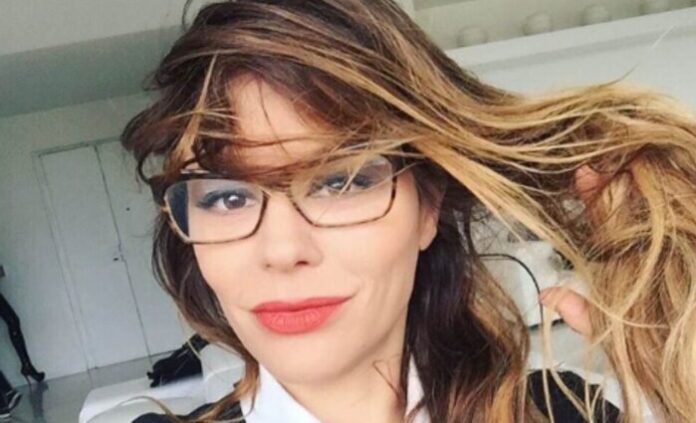 Naike Rivelli is a vastly talented actress and singer who is best recognized for her works including South Kensington (2001) and The Hunt for the Hidden Relic (2002). As a musician, she has been in the music scene for a very long time and got to release her first album, Metamorphose me in 2011. For a number of years now, she has seemed not to be so active in the entertainment business as before, making many wonder what she has been up to.

Here are some fascinating facts to know about her:

1. She was birthed to famous actress Ornella Muti

Naike Rivelli was born on October 10 1974 which means she is now 47 years old. She was birthed in Munich Germany to the famous Italian actress, Ornella Muti.

For many years, she believed that Jose Luis Bermudez de Castro was her father, but it was later discovered through a DNA test that he was not the one that fathered her.

2. Her two siblings are also actors

From her mother’s marriage to Fereico Fachinetti who she also once believed was her real father, Naike has two siblings, Andrea Fachinetti and Carolina Fachinetti, both of whom are actors.

3. Her acting career dates back to the early 1990s

Naike Rivelli has been in the acting business for a very long time. Among her earliest works is the 1990 film, The Voyage of Captain Fracassa.

4. The musical career of Rivelli is also quite good

Looking at her career as a singer, she launched he career in 2010 when she dropped her first single, “I Like Men” under the name of Nayked. The next year, she dropped her album, “Metamorphose Me”.

In 2011, the singer made it known during an interview that she is bisexual. According to her, although she likes men, she also likes women and she is always looking for them. While it was the first time that she was publicly coming out, she made it known that her mother had always known about her preferences and she was only interested in ensuring she was happy.

Even though she is bisexual, the actress decided to get married in 2002 when she tied the knot to German actor, Manou Lubowski.

The two were together for only 9 months before they separated and they remained apart for the next six years before they parted ways in divorce in 2008. Many details are not available regarding what led to the divorce.

7. Rivelli is a mother of one

Although her marriage to Manou did not produce any child, Rivelli had a child even before the union named Akash Cetorelli. Her son was born in 1996 from her relationship with Christian Cetorelli. Now 26  years old, Akash has also followed in the footsteps of his mother as he is an actor and assistant director who is best known for True Heart (2017).

8. She had other works apart from acting and singing

Although it is mostly as an actress and musician that she established herself, she has also done many other things. When she was much younger, Rivelli got into modeling and she had gigs with big brands including Giorgio Armani, Cartier, and Christian Dior.

9. What is Naike Rivelli’s net worth?

As regards her net worth, the actress has a fortune that is currently estimated to be around $5 million. She made her fortune from her diverse career as an actress, model, and singer. Riverlli’s work as a model with many popular brands including the aforementioned Giorgio Armani added significantly to her fortune.

More so, she also continues to make money from the many endorsement deals she has including with brands such as BAKEL.

She is also a businesswoman who is one of the key people behind the hemp company known as The Ornella Muti Hemp Club in Italy. The company is into the production of medical hemp. Rivelli is the Vice President of the company. She is also into wine production.

10. She has great physical features

Naike Rivelli is a woman who is blessed with beauty and great physical features. The actress has a height of 5 feet 5 inches and a slim body build. She has dark blonde hair and blue eyes.

Sondra Blake is an actress who is best recognized for her role in Of...
Exes&Ex