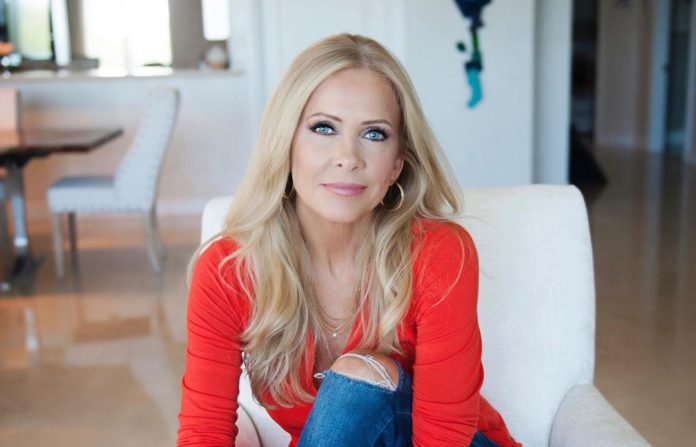 Shemane Deziel may be a highly talented individual who works as a TV producer, a writer, and a fitness instructor among other things. However, she has come to be better known as the wife of American singer-songwriter, guitarist, and activist, Ted Nugent. The pair have been married for more than 30 years and even though celebrity marriages are known not to last, they are still holding on very strong.

Also known as Shemane Nugent, Deziel has continued to maintain a private life, but that has not stopped fans of her husband from wanting to know all there is about her.

Every Interesting Fact About Shemane Deziel

1. The early life of Shemane

There is hardly anything special as regards how Deziel was born. She was birthed on July 15, 1962, in Michigan but it was in Missouri that she was brought up together with siblings whose identities have not been revealed. More so, she has not given any info as regards her parents.

2. Shemane is a very versatile individual

Deziel may be very famous as the wife of Ted Nugent, but beyond that, she has also built a profile for herself as a very versatile and hardworking individual. She is a best-selling author and also a fitness trainer and yogist.

The Michigan native is also a TV producer, director, motivational speaker, and media personality among other things.

The love life of Shemane Nugent and Ted is one that has been sustained for a very long time. The pair were said to have first met in the 1980s in a radio station where Shemane used to work as a newsroom staff. The name of the station was WLLZ-FM.

Ted was at the radio station for an interview and immediately he saw Shemane, he fell in love with her. Luckily for him, the feeling was mutual and that was how they soon started dating. By 1989, they got married in a simple event on January 21. She is 14 years younger than her husband.

4. Her marriage with the singer is blessed with two kids

With more than 30 years of marriage, Shemane and Ted’s union has been blessed with two amazing children.

Their first son, Rocco Winchester Nugent was born on July 22, 1990. He has since decided to follow the musical path of his father as a musician. Rocco is also an actor. Their second child together is Chantal Nugent. In 2015, the singer revealed that Chantal is studying to become an actress and that she was also a businesswoman who was selling specialty products. Not much has been revealed about her since then.

5. She was not the first woman to be married to Ted Nugent

The marriage of Shemane to Ted is the one that has sustained many years, but that does not mean it was his first. The singer was previously married to another woman,  Sandra Janowski back in 1970 after they were said to have dated for a year.

The marriage lasted for 9 years before it came to an end in 1979. Reasons for the divorce were not given but a greater calamity struck in 1982 when Sandra lost her life following a car crash.

6. Ted Nugent has other kids from his first marriage

7. Ted and Shemane are not shy of expressing their love for each other

The couple has been married for more than 30 years but that has not diminished their feelings towards each other. They continue to express their love for each other whuil also supporting each other in their separate endeavors.

See Also: Fabiana Flosi Is Bernie Ecclestone’s Wife – Other Women He Has Been With

8. Shemane Deziel and her husband were strong supporters of Donald Trump

9. She once got into trouble with the law

Not someone who is known for many controversies, Shemane was once in trouble with the law after she was arrested with a loaded handgun at the Dallas/Ft. Worth International Airport in 2013. She revealed that she got the gun because of the death threats she has been getting. According to her, she forgot that the gun which was licensed in Texas was in her bag.

10. A look at the net worth of Shemane Nugent

As stated, Shemane is a very hard-working individual who has been involved in a lot of things including a career as a media personality. It is thanks to this that she has a net worth that is now estimated to be $400,000.

While her fortune is significant, it still falls below the net worth of her husband, Ted Nugent which is put at around $10 million. Ted made his fortune from his incredible career as a musician.

11. She is a very beautiful woman

Needless to say, Shemane is a woman who is blessed with beauty. She stands below her husband whose height is 5 feet 9 inches and has blue eyes, blonde hair, and a slim body build.