Sherilyn Fenn Is Johnny Depp’s Ex-Girlfriend: Every Truth About Her 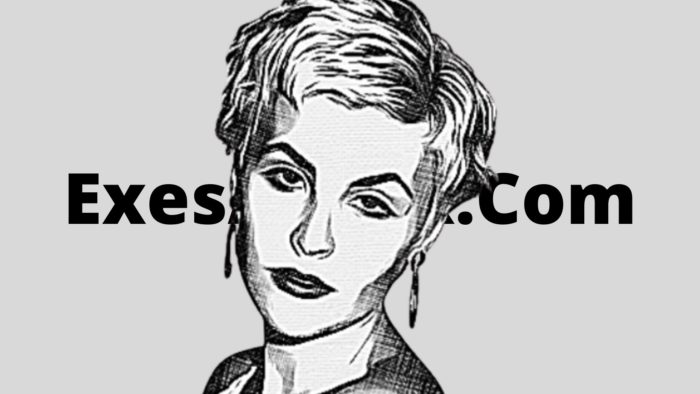 Sherilyn Fenn is a famous American actress who has been been in Hollywood since the early 1980s. She has appeared in dozens of films and TV shows since she first broke out. She is recognized as one of the first girlfriends of famous American actor, Johnny Depp. They dated in the 1980s and were partners for a while before they broke up and went their separate ways.

With the raging case between Johnny Depp and Amber Heard, the past relationships of the actor including with Sherilyn have been ex-rayed. Here is all we know about their time together as well as her personal and professional life.

Who is Sherilyn Fenn?

The actress was born Sheryl Ann Fenn on February 1, 1965, which means she is currently 57 years old. She was birthed in Detroit, Michigan, which is also where she was brought up in a family of musicians.

While her father, Leo Fenn managed various rock bands, her mother Arelene Quatro was a keyboard player, and other members of her family including her aunt Suzi Quatro and Art Quatro who is hr grandfather are musicians.

Of Irish, Hungarian, Italian, and French descent she was brought up a catholic alongside her two brothers/ Although she was born in Detroit, her family moved to Los Angeles and settled down.

When she was 17, she dropped out of school and decided to start pursuing a career in acting by attending the Lee Strasberg Theatre Institute.

She Has Had A Thriving Acting Career

In her career thus far, she has been nominated for awards such as an Emmy Award for Outstanding Supporting Actress in a Drama Series for her role in Twin Peaks as well as a Golden Globe nomination for the same work in 1991.

She Dated Johnny Depp After Breaking Up With Prince

Sherilyn Fenn and Johnny Depp started dating between 1984 and 1985. Before then, the actress dated singer, Prince but their relationship did not last a long time. Her relationship with Depp came at a time when they were both coming new into Hollywood.

At the time when they began dating, she was only 19 years old while Johnny Depp was 21. Even though she had something to do with Prince before meeting Depp, she revealed that the Pirates of the Caribbean actor was her first real love.

Contrary to what Amber Heard said about Johnny Depp, Sherilyn described him as a sweet person who gave her real love. They were together for more than two years before they finally parted ways in 1989.

Why Did Sherilyn Fenn And Johnny Depp Split?

Sherilyn admitted that she had a great time with Depp while they dated, but that did not sustain the relationship for a very long time. When they broke up, neither of them came out to reveal what really happened.

What is known, however, is that they were rumored to have come very close to getting married as they were said to have been engaged at a time before they ended their relationship.

Whatever it is, it is believed that their breakup was not an acrimonious one.

What is The Relationship Between Johnny Depp And Sherilyn Today?

Many years after they were an item and broke up and went to different people, Sherilyn and Depp still maintain a very strong relationship. While celebrating his birthday in 2021, Sherilyn described him as her first love. She went on to say she was grateful for having him in her life and that nobody can ever touch what they had.

She came to the defense of the actor after his ex-wife, Amber Heard accused him of abuse. However, it is not known if they have always been in touch.

See Also: Who Is Bianca Butti? Everything About Amber Heard’s Ex-Girlfriend

They Have Both Gone Ahead To Date Other People

Both Sherilyn Fenn and Johnny Depp have moved on with their lives with other people. Not long after they parted ways, Depp went on to date Winona Ryder while she started a relationship with Barry Hollywood.

In 1994, Sherilyn Fenn got married to Toulouse Holliday and they were together until 1997 when they parted ways. In 2006, she started another relationship with Dylan Stewart who is still her partner.

Before Depp and Sherilyn began their relationship, he was previously married to his first wife, Lori Allison but the union ended in divorce in 1985. His next marriage was to Amber Heard from 2015 to 2017.

Does Sherilyn Fenn Have Any Kids?

Sherilyn Fenn is a mother of two amazing kids; Myles Holliday and Christian Stewart. The actress had her first child, Myles with her former husband, Toulouse Holliday on December 15, 1993. He is an actor and writer who is known for works such as Bump (2013), and Rotten Love (2015).

Christian Stewart, on the other hand, was born in 2007 in her relationship with her partner, Dylan Stewart.