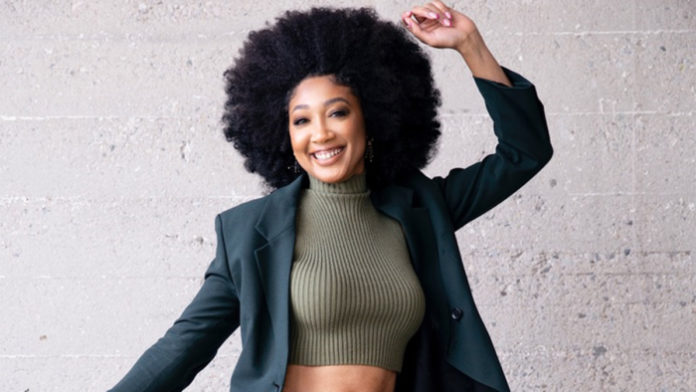 Shondalia White is a talented and beautiful American actress who is best known for her role in Horror Story (2011). A very versatile individual, she is also a comedian, writer, and producer among other things. While she has enjoyed a rather successful career life, her personal life has left many wondering whether she is married, dating anyone, or if she is still single. Here is all to know about her:

Shodalia White was born on March 10 but her year of birth still remains uncertain. She was birthed in Flint Michigan where she was also raised. However, she spent a lot of time on the East Coast because that is where her father is from and it was also where her mother’s family was.

While it is known that her father is Lamont Kenneth White and her mother is Trena Calhoun, the relationship between her parents is not clear. That said, she has several siblings including Aeisha Reese, Amber Crockett, and Kyka Drake.

For her education, she attended the University of Michigan, which was where she got her first gig in voice acting thanks to student projects. She once taught art to kids in Southwest Detroit.

To get her career started, she moved to Los Angeles from Michigan at a time when she had only $5000 to her name at the time. More so, she did not have any job, family members, or even a boyfriend in LA when she moved. Hence, she soon took a job at Chilli’s before she later got studio work, giving her the needed foundation.

A Look At Her Educational and Training Profile

Shondalia White is a married woman who walked down the aisle with Alexander Shandi who is also referred to as Alex Shandi. Since the marriage, the actress has changed her name to Shondalia White-Shandi.

The circumstances under which the pair first met are not clear but it is known that they have been together for many years thus far. After dating for several years, Alex proposed to Shondalia on December 25, 2016, and she accepted. The actress took to her Instagram to share the exciting news with her followers.

Previously a soldier in the US Army, Alex who is often referred to as Papi by Shondalia has always been very supportive of his wife.

1. She didn’t grow up wanting to become an actress

In an interview, Shondalia revealed that at first, she never had the passion of becoming an actress, and even though they had an acting program while she was in high school she didn’t go for it. Her main fear was that she might end up forgetting her lines. However, from being an artist, she later became a voice actress and from there, she gave acting a try.

2. Shondalia has appeared in many productions

She has appeared in productions with many great actors as well as people like 50 Cent and Snoop.

Beyond being an actress, she was many more things in the film industry including a writer, producer, editor, director, and much more.

3. She stopped taking coffee after she became addicted

The actress revealed that she does not take coffee as she is strictly a tea drinker. According to her, she had to switch to tea drinking because she was once a heavy coffee drinker and she later got addicted.

4. Her husband is Armenian

It is easy for people to believe that Shondalia White’s husband is Latino, but she clarified that he is actually Armenian.

5. What is Shondalia White’s net worth?

She has come a long way in her career, having spent over two decades in the entertainment business. It is thanks to this that Shondalia White’s net worth is estimated at $3 million.

Her fortune is accounted for by the different things she is involved in such as stand-up comedy, voice acting, animation, and acting amongst other things. Her involvement in various commercials has also added to her net worth. Among the campaigns she has done are for the Skincare brand, Olay, DSW, and JUST water.

She also did voicing in the 2018 game, Red Dead Redemption 2, also adding to her fortune.

Lisa Arrindell is a talented American actress who is best recognized for her roles...
Exes&Ex