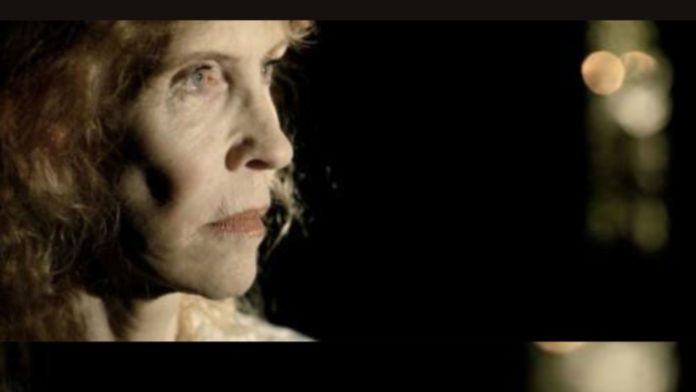 Sondra Blake is an actress who is best recognized for her role in Of Mice and Men. Better than that, she is recognized as the first wife of the former actor, Robert Blake. The two were married in 1961, but the union came to an end 22 years later. To date, she is being talked about with respect to her marriage to the former actor as well as for her rather successful career. Here is all we know about her.

1. She was born and bred in Los Angeles

It was as Sondra Orans that Sondra Kerr Blake was born on August 17, 1936, which means she is now 85 years old. She was birthed in Los Angeles California, but a better part of the information about her family and childhood have all remained hidden from the public domain.

Before her career took off in acting fully, she once worked as a waitress at a coffee house and performance space known as The Ash Grove on Melrose Avenue in Los Angeles.

2. Her career in Hollywood began in the early 1960s

Then known as Sondra Kerr, the actress began her recorded career in Hollywood in 1961 when she got little roles in The Tom Ewell Show, Thriller, and Gunsmoke. In the years that followed, she appeared in more productions including the following:

3. She has some awards to show for her hard work

With many films, TV movies, and Shows to her name the actress has clinched some awards including the 2017 Best Supporting actress at the Best Actors Film Festival which she won with Melinda Dahl and Alexandra Breckenridge. In the same year, the trio clinched the Award of Excellence at the Best Shorts Competition. Both awards were won for their Grown Ups (2017).

4. Her marriage to Robert Blake lasted over 20 years

Sondra Blake and Robert Blake first met sometime in the late 1950s. Since they were both actors, it was not surprising that it was through their separate careers that they got to meet. It was reported that after a play that Sondra was a part of in Los Angeles, Robert who saw her in the play went and met her backstage and they got talking.

The pair got married on 25 November 1961. They remained together until 1983 when they went their separate ways in divorce after being married for 22 years. Although it was not clear what led to the divorce, there were issues of domestic abuse.

5. They have two children together

Robert Blake’s ex-wife Sondra Blake and his former wife have been blessed with 2 children in their marriage; Noah Blake and Delinah Blake. While Noah was born on February 1, 1965, making him 57 years old, Delina was born in 1966 which means she is a year younger than her brother. Noah has a career as an actor while his sister has decided to settle as an educator.

6. Was Sondra Kerr Blake abused by her former husband?

Following her 22-year marriage to Robert Blake, there were many tales that the actor had abused her while they were together. It was alleged that at a point, Robert put a gun into Sondra’s mouth, threatening to kill her. However, in 2001, Sondra made it clear that she had never told the tabloid about their marriage but she was neither going to confirm nor deny that she suffered abuse while with him.

Although Sondra was the first wife of Robert Blake and the one who stayed with him the longest, he got married two more times after her. He got married to Bonny Lee Bakley in 2000 but by 2001, the marriage came to a tragic end after Bakely was shot and killed leaving behind a daughter, Rose Lenore Sophia Blake.

In 2017, Robert got married to his third wife, Pamela Hudak. Interestingly, they had known each other for many years and were said to have also dated. Unfortunately, this marriage only lasted a year, and then the actor filed for divorce.

8. Her Ex-husband was accused of killing his wife

Following the death of his second wife who was shot in the actor’s car after they had lunch at a restaurant in Los Angeles, the actor was accused of killing her. The accusation came after the pair returned to the car and then he stepped back to the restaurant to pick his gun which he forgot that his wife was shot and killed.

In a lengthy trial, the actor was later acquitted of the crime although he was later found liable for her death, hence he was made to pay her children between $15 to $30 million dollars.

Now 85 years old, Sondra Blake is still in Los Angeles where she still does what she has always done. She is still an actress and her latest role was in the 2022 fantasy sci-fi Broadcast in which she played an Eccentric Old Lady.

10. What is the net worth of Sondra Blake?

The net worth of Sondra Kerr Blake is estimated to be around $1 million. She has come by her fortune from her many years of career as an actress.