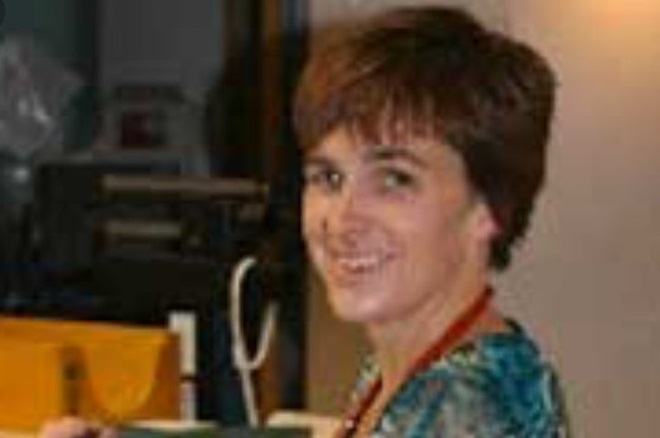 Prior to 2016 when the scandal surrounding the sexual abuse case of Larry Nassar, a former osteopathic physician rocked the United States and the United States women’s national gymnastics team, Stephanie Nassar was pretty much just another little-known American.

A pediatric physician’s assistant, Stephanie got married to Nassar in 1996 and they remained together until 2017 when she divorced him after it was clear that taking advantage of his position as a team doctor for the US Women’s national gymnastic team to rape and sexually abuse many girls and young women. Although the name of Stephanie was mentioned in the case at different times, she still managed to survive the storm, even though many still wonder who she is. Here are the top facts about her and her marriage to the convicted rapist.

1. Quick biography about her

Also referred to as Stefanie Anderson-Nassar, she was born Stefanie Anderson on October 1, 1970 in the United States where she was brought up. She got her edcuation from the Michigan State University before later moving to the University of Detroit to obtain a masters degree from the institution’s Physician Assistant Program in 1999.

Stephanie Nassar also works in the medical field just as her husband. She currently works in in Lansing, Michigan as a pediatric Physician’s Assistant. She has been practicing snce she graudated from college.

Stefanie and her husband’s path crossed with the help of their career as they were both in the medica field when they first met. They dated for a while before they got married On october 19, 1996. The ceremony took place at St. John’s Catholic church in East Langsing, Michigan.

4. She is a mother of three kids

Stefanie’s husband, Lawrence Gerard Anderson, better known as Larry Nassar, became inamous after he raped and sexually abused more than 300 women and girls. His crimes dattes back to the early 1990s even before he got married to his wife. Although he took advantage of his place as MSU’s doctor to abuse most of his victims, there were some that he abused away from his work. There were some of his victims that he abvused in the basement of his home.

Among the popular victims of Nassar is Plympic gold medalist Aly Raisman. Others are Simone Biles, Maggie Nichols, and Jordyn Wieber. The US Gymnastics was accused of turning a blind eye to the many complaints that were made against the doctor by those who accued him of sexual abuse for up to two decades.

6. The physician divorced Larry Nassar in 2017

With the revelation of all that her husband had been doing for many years even before they got married, Stefanie Anderson-Nassar, decided she was done with the union. She filed for a divorce in January 2017 and within six months, the divorce was granted to her. More o, she was given sole custody of their kids together.

7. She allegedly referred one of her husband’s victims to him

Although theyre was never a case against Stephanie with regards tto the shocking scandals of her husbformer husband. she was also named in a civil lawsuit that was filed in 2018 afgainst MSU. In the suit, she one of Larry’s victims, Alaina Bamfield complained that she was also abused by th child abuser when she was 13 years old. The sad incident happened after she was referred to the convicted doctor by Stephanie Nassar after the victim ame to her for a treamnet for back, neck, and hip pain. Nassar abused her in the guise of treating her.

8. Did Stefanie know of her husband’s crimes beforehand?

While there are those who insist there was no way she could claim not to have the slightest idea of who her husband really was, there are those that claimed she was not aware. The idea that she was probably aware but still remained with him was because there had been cases against him since the 1990s bordering on sexual abuse and misconduct.

9. Her former husband may be in prison for the rest of his life

For all his crimes, Larry Nassar may spend the rest of his life behind bars. He was senteched to 60 years behidn bars for charges linkd to child pornography on December 7, 2017. On January 24, 2018, he was slammed with a further 40 to 175 years behind bars for sexual abuse of minors before getting a further 40 to 125 years in prison for crimes bordering on criminal sexual assault.

Looking at all his sentences, he may be in prison for the rest of his life, as his date of ear;iest release could be January 30, 2108 at which time, he iwill be 144 years old.

Since her divporce from her former husband and the close to her chapeter with him, Stephanie has continued to maintain a very private life. She seems to now concentrate soley on her career and kids who are now all grown up.