Lynda Wiesmeier: Bio, Life, And Death- Was She Ever Married? 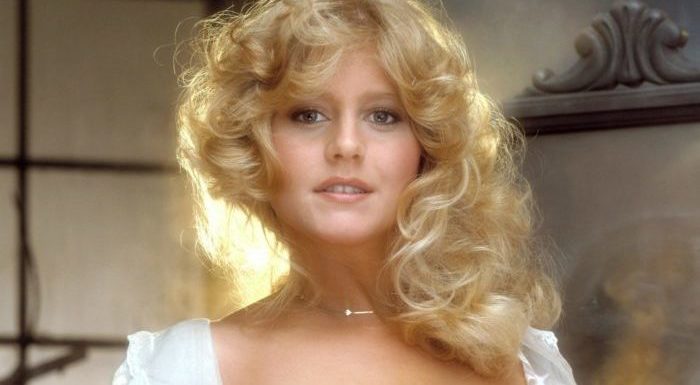 Lynda Wiesmeier was a beautiful and talented American actress who appeared in several films including Evil Town in 1987 and American Pop in 1981. She was also famous as a model and as a Playboy playmate. By the time of her death in 2012, there were many questions surrounding who her husband might be and if she was ever married.

The former model was born Lynda Ann Wiesmeier on May 30, 1963, in Washington DC, the United States. Of German and American ethnicity, she was brought up by her parents, but it is not clear if she had any siblings.

Raised by a father who was an Airforce doctor, she spent a better part of her childhood traveling around the world and the US. Her family later settled in Los Angeles where she later started her career.

A Look At Her Career As A Model And Actress

When she was 18 years old, she got the chance to start her movie career with an appearance in the film, American Pop. In 1983, she was in two more films, Joysticks and Private School. In the years that followed, she appeared in the following films:

Even after she started her career as a model and actress, Lynda was still working part-time as a receptionist in a doctor’s office and it was there that she was discovered by a photographer who encouraged her to be a part of Playboy which she did.

In July 1982, she was the cover model and Playmate of Playboy Magazine and from then on, she continued to be a part of different Playboy activities, appearing in conventions, publications, and videos. This lasted until 2008 when she made her last appearance at the Glamourcon.

Was Lynda Wiesmeier Ever Married?

After she left the movie scene and was no longer very active as a Playboy model, Lynda Wiesmeier was said to have drifted to have a rather quiet life. It was around that time that she got married to a man whose name has not been revealed yet. She settled in Lafayette, Louisiana where she was married and she also worked there as a manager in a law office.

After her marriage ended, she left Louisiana and settled in Sherman Oaks, California. Not much is known about her personal life at this point, but it was reported that she got married a second time but just like the first, her second marriage also ended in divorce.

There are reports that she had two children, a son and a daughter from one of her marriages, but like most things about her personal life, nothing is known about the kids.

According to ancestry, one of the men she got married to is named Dewayne P Dailey.

How Did Lynda Wiesmeier Die?

On December 16, 2012, Lynda Wiesmeier lost her life at the age of 49. She died in Ramona, California, in the United States. The official cause of death was ruled as a brain tumor which was caused by cancer.

She was laid to rest at the Nuevo Memory Gardens also in Ramona, San Diego County, California, USA.